Note:  These photos came from "Jim" and are the first submittal from you, the viewers.  This is what will make this site into a complete history of out boat passion.  Keep them coming !  BoB

Wiekens were boats designed and built by Fred Wiekens prior to his founding of Aqua Craft Boats.  This was the home of the popular "Whirlewind",an 18 foot all fiberglass full flat bottom hull with just the right amount of "rocker" for the hull to make tight turns. 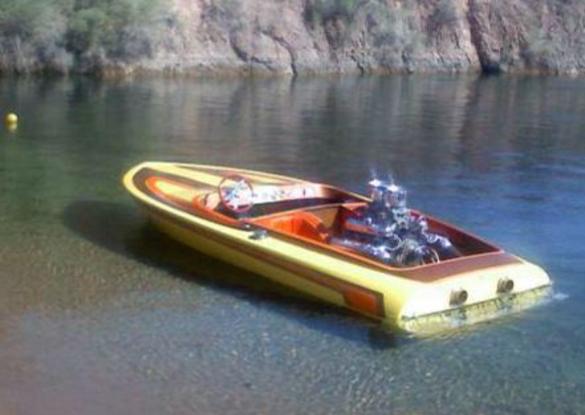 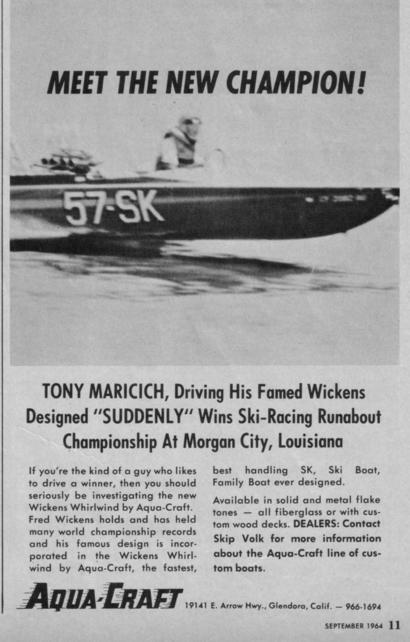 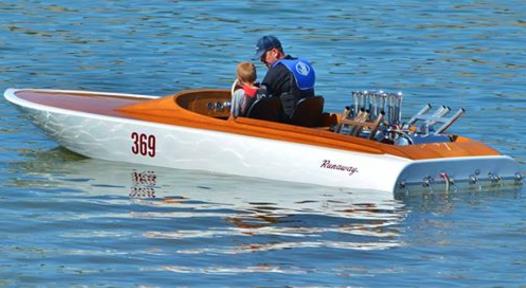 Before founding Aqua Craft Boats, Fred Wiekens built and sold some of his earlier designs under his own name.  These boats were mostly the "SK" class hull.  Later under Aqua Craft he developed his family ski hulls  The "SK" class hull was a circle race class as well as being popular for ski racing. 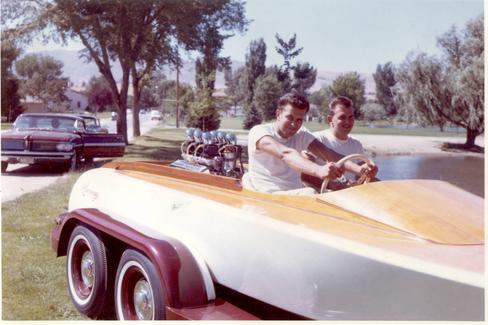