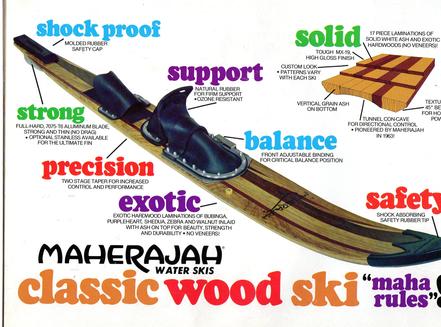 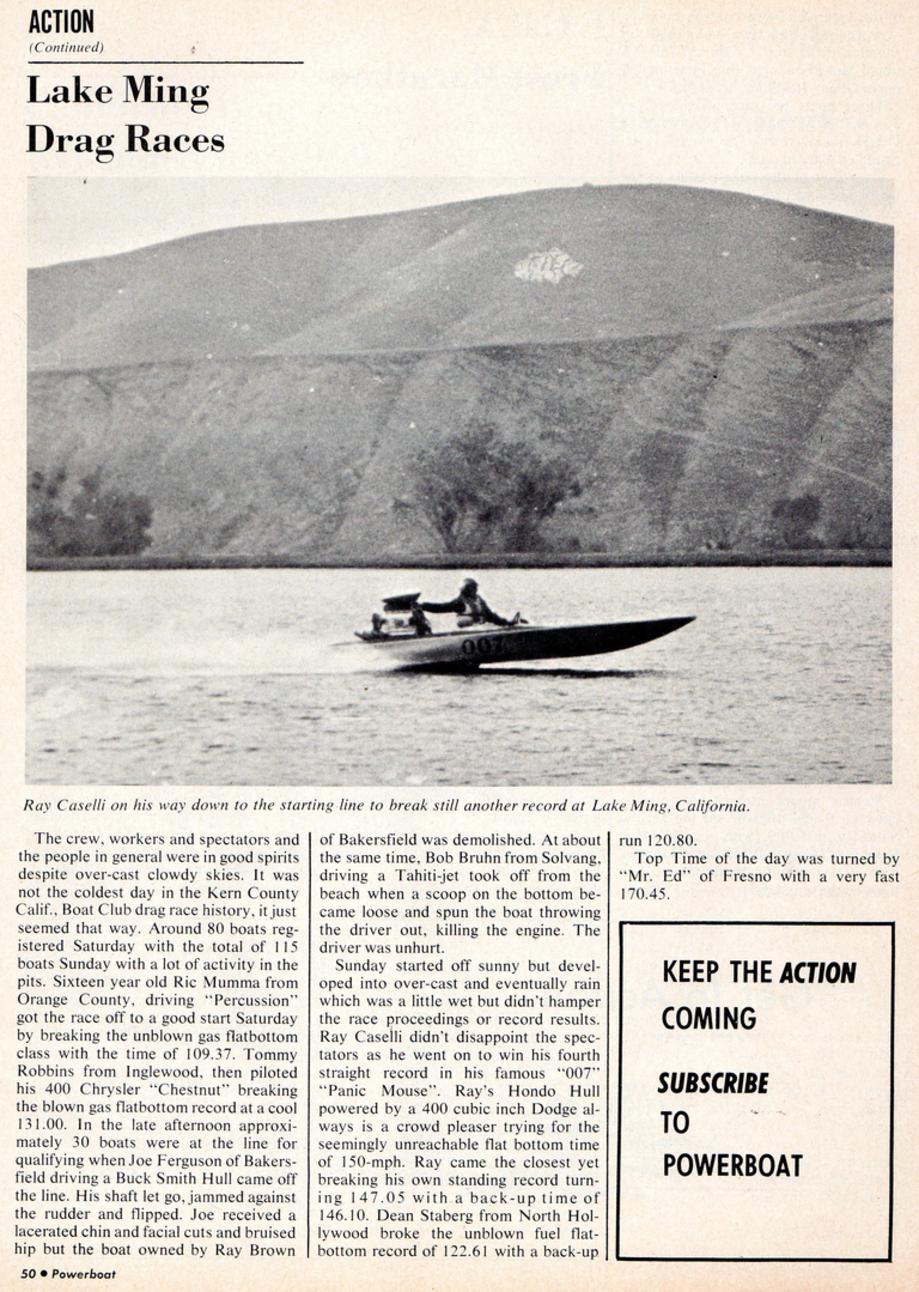 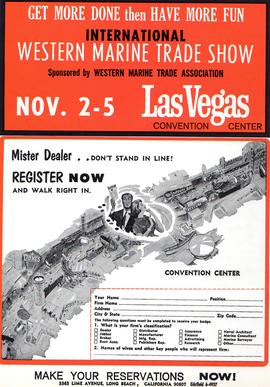 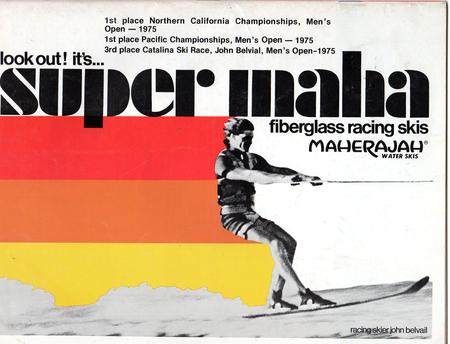 This boat class belongs more with the Hot Rod movement of post WW II than with the boating world at large.

It all began in early post war Southern California with those working in the aircraft industry.  Several were hot roders with pent up energy produced by training for a war that had just ended.  That need for speed spilled over to the water with basic hulls that had none of the nautical frills.  The motto was the  KISS (keep it simple, stupid) system.  No lights, horns, or even transmissions.  From this standpoint, they would have kept the "gut drive" (a prop shaft attached directly to the prop) except that the engine was at too great an angle and too far forward.  The availability of the v-drive gear box solved both problems by lowering and flattening the engine angle as well as placing all that weight aft.

In true hot rod tradition, the power almost exclusively came from an automobile V-8 with the largest cubic displacement available.  With a boat it was soon discovered that torque was ahead of HP in those early days.  The hot rod industry did a good job of providing all types of speed equipment to get much grater power out of a stock American V-8 engine.   Thus you saw the natural addition to hot rod parts places like Vic Hubbard getting into the hot rod boat rigging supply business.  Others made an entire business of these parts alone.  Several even produced hulls from a "new" material called fiberglass, the rest as we now know is HISTORY.

Here in California, flat bottom, v-drive boat builders expanded up the central valley in most every town.  Water skiing was coming to age as a sport and the flat bottom was a relative inexpensive way to get a tow vehicle.  By the mid 70s the v-drive 18 foot runabout  was at it's peak.  By that time, normal expansion had produced the popular Day Cruiser.  Racing v-drives had evolved from the start in the late 50s and produced the runner bottom hull as well as an all new design, the three point hydro.

The v-drive gear box lowered the prop shaft angle in the runabout from 15 degrees to 9 degrees which meant that 92% of the prop was pushing the boat forward and only 9% pushing up.  With all of the weight aft, that 9% was much reduced from the gut drive design.  It was only when the IO propulsion was beefed up by Mercruiser and the jet drive perfected, that the v-drive lost it's dominance in general runabout boating.  For some of us, that dominance has never (and never will) be relinquished.

What is not shown here, but soon became apparent, was that the prop shaft angle could now be considerably reduced from the almost standard 15 degrees. to as little as 9 degrees.

It was only much later, with the beefing up of the IO (to handle a big V-8) where the thrust angle could be reduced to 0 degrees which is what made the outboard so desirable from a design standpoint.