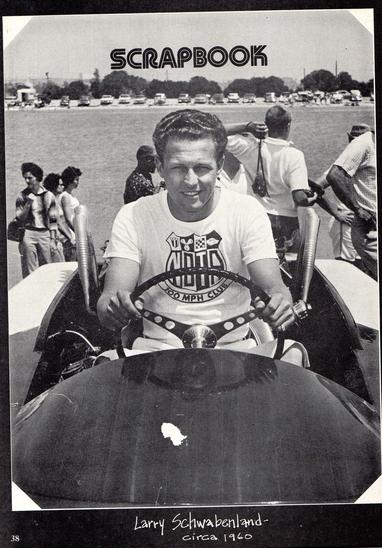 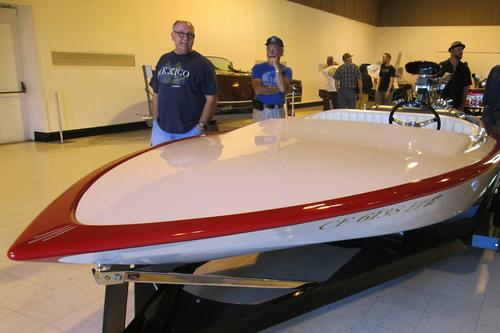 Jack lived in Sanger, CA and his boat company is named after that town.  Jack got his start as many other early builders did, by building his own boats for his personal use.  He started building all wood hulls in the early 1950s.  When he first built a flat bottom v-drive I have yet to know.  In  a December 1960 issue of Power Boat magazine there is an article about Jack and his early flat bottom named "White Mist".  Jack is already experimenting with ways to get the flat bottom hull "wetted area" further out of the water to get more speed for a given amount of power.  He has installed two step wedges under the forward portion of the hull to do the lifting.  By 1966 this hull has evolved into it's own racing class called the "Wedge Hull"  This experimentation will finally produce the three point drag & ski hydro hull which is a whole new story.

White Mist of the early 60s was powered by a blown version of the famous 1957 392 Chrysler "Hemi" engine and it along with "Woodpecker" become the first "drag boats"  Larry Schanderland  drives White Mist into drag boat racing which is less than three years old.  The fastest class, Top Eliminator, has already broken 100 MPH in the 1/4 mile and the most competitive engines are Caddy, Hemi, & Olds.  The big Chevys & Fords are yet to be invented. 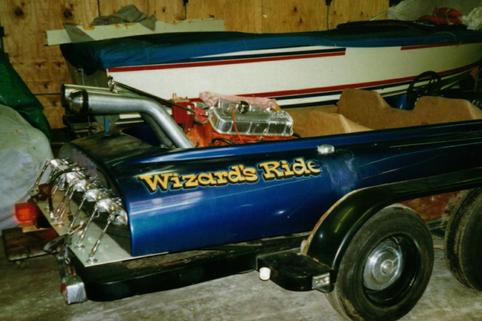 Garret Walther  sent this photo of his 1962 all wood Sanger flat.  He bought it new as a complete boat.  He owned it for 18 years.  Lyle Burgess of Stockton made the trailer for the boat.  Garret used the boat as a family ski boat, but like most of us he had to run it through the traps once (at the Berkeley Aquatic Park).  No mention of what the time slip said.

An interesting tidbit - This boat was used by Sanger as a "plug" for a mold that produced many of our Sanger flat model boats that we are using today.  How cool is that !

If you have any additions or corrections to this information please send your notes in an attachment to: vdrivehistoryport@gmail.com 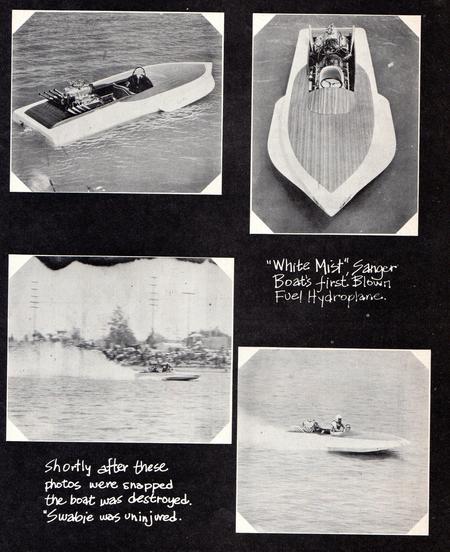 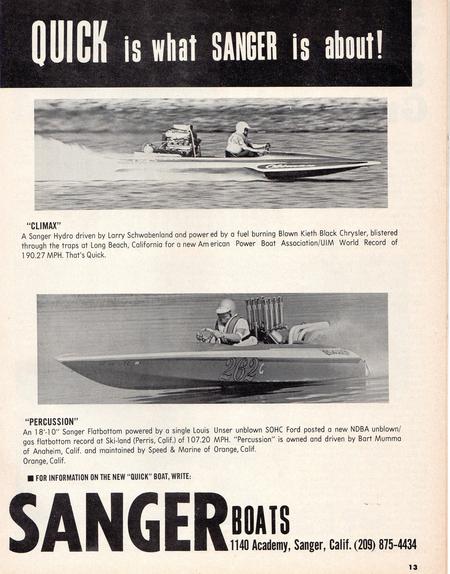 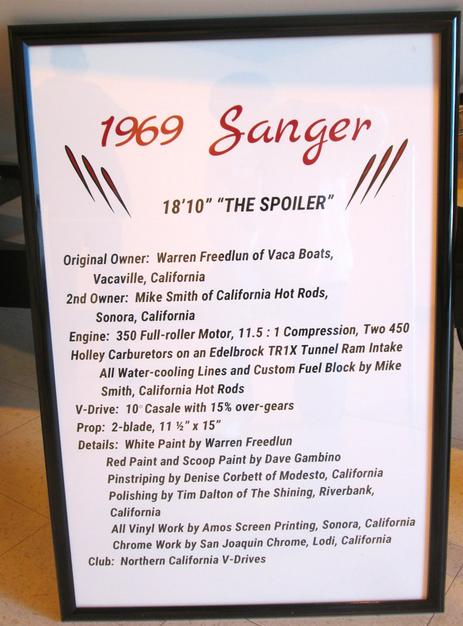 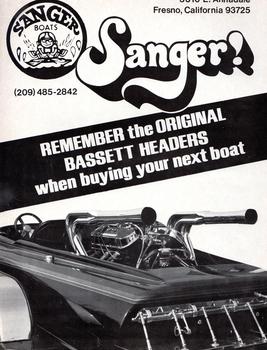 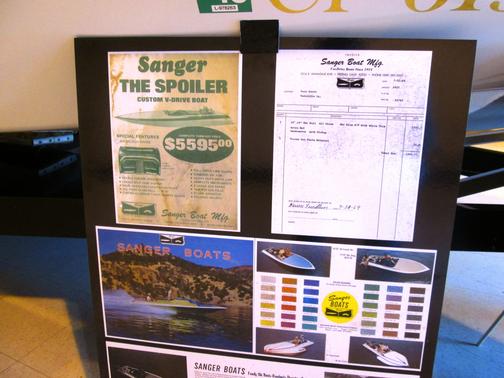 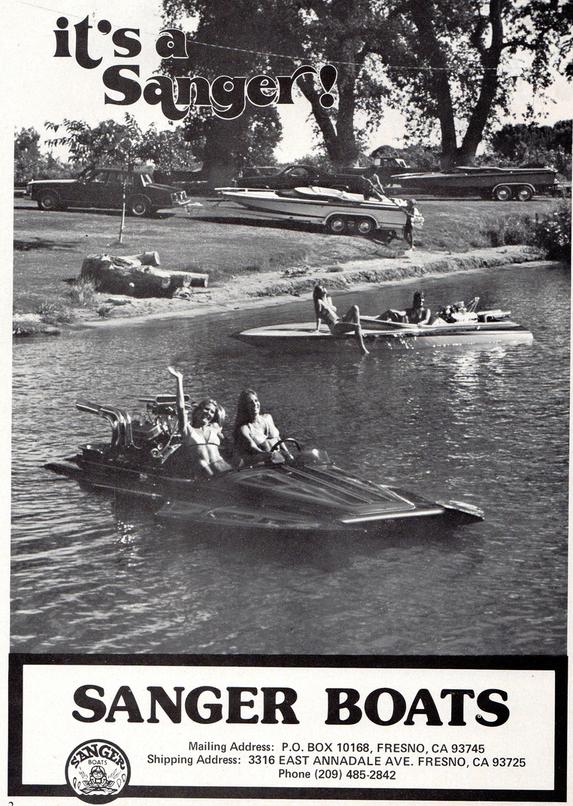 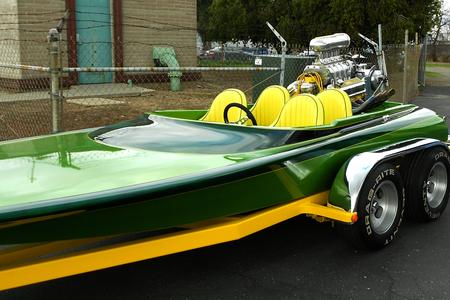 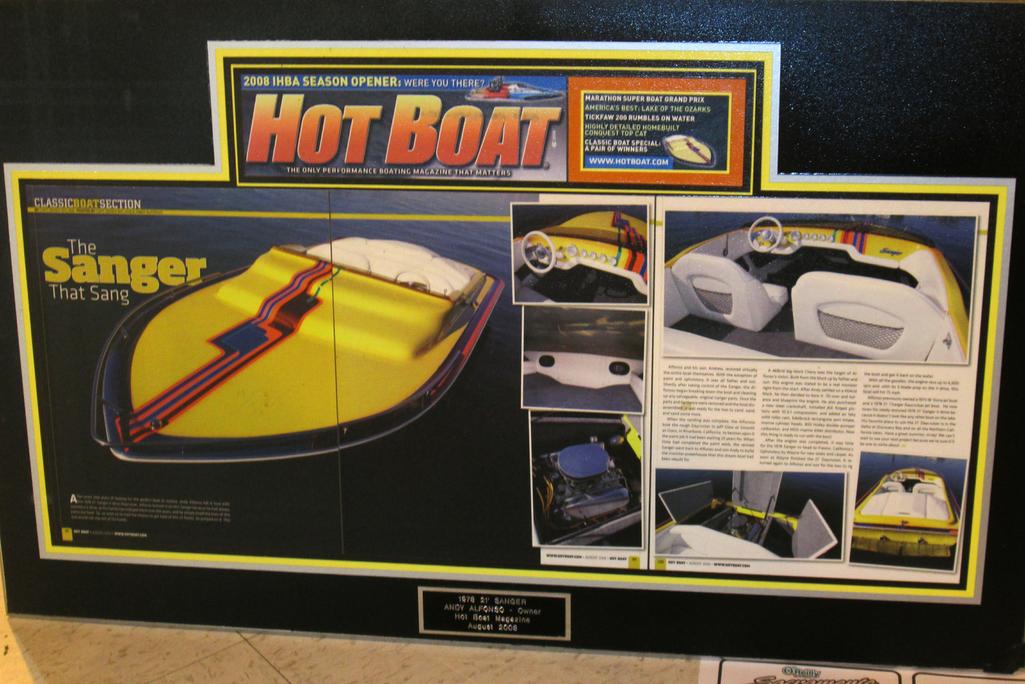 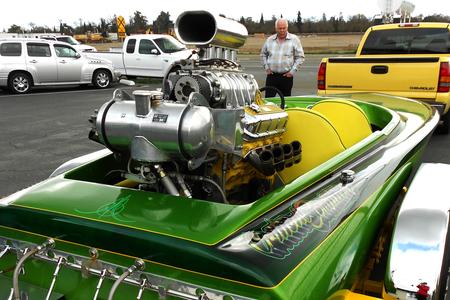 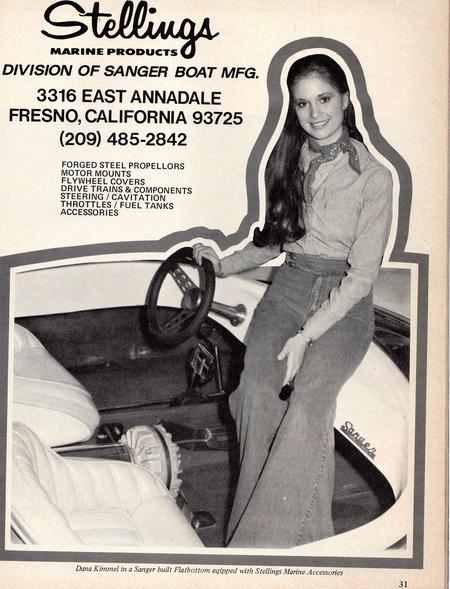 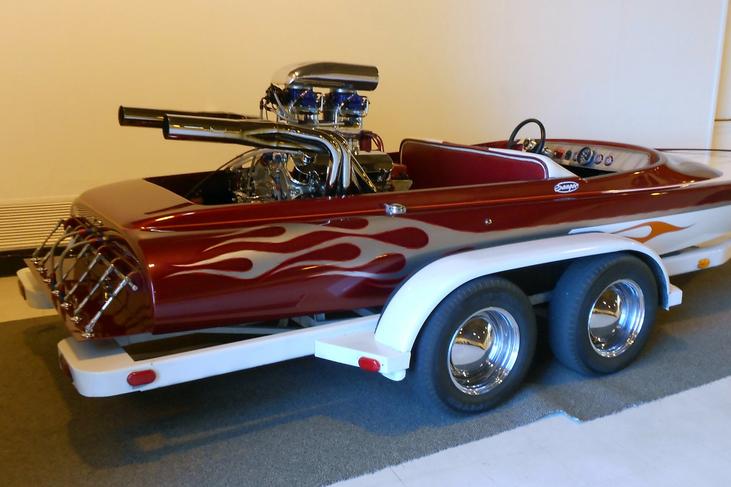