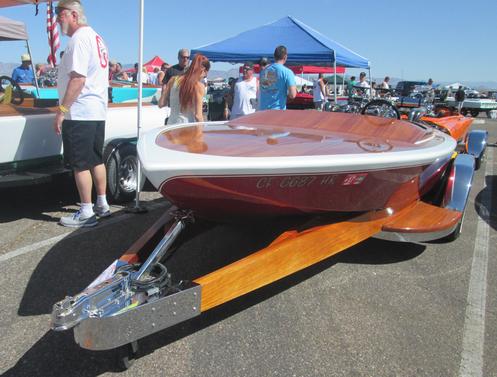 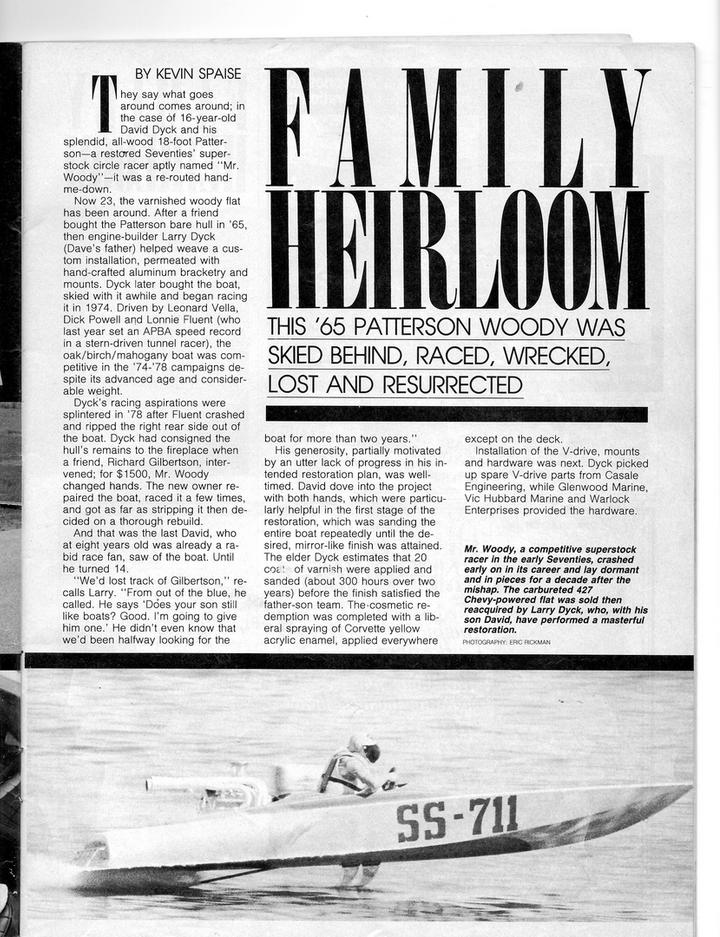 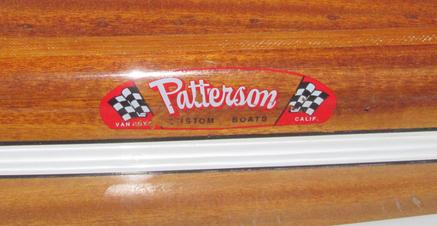 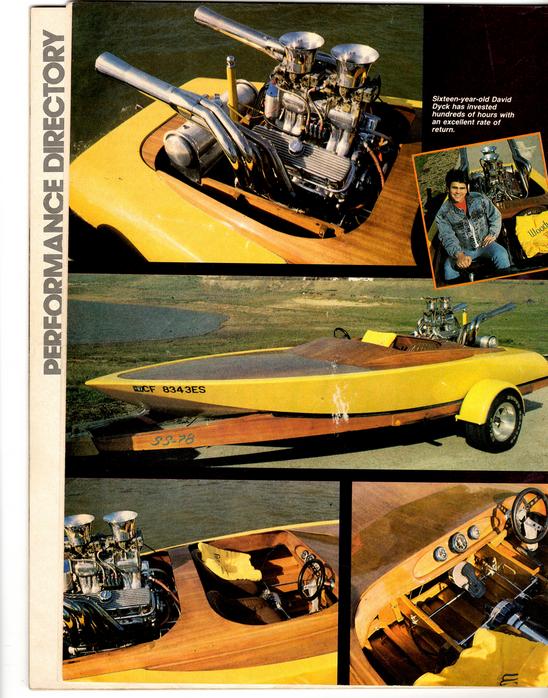 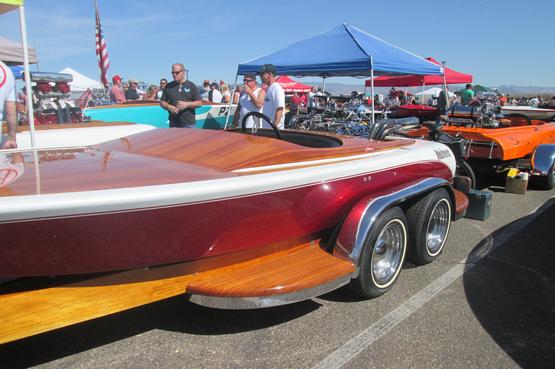 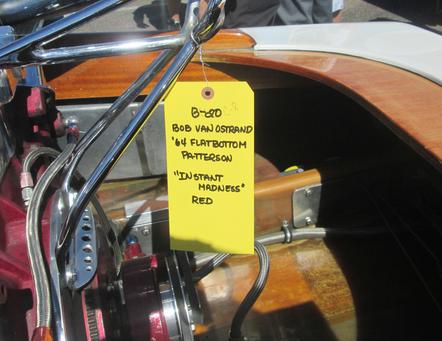 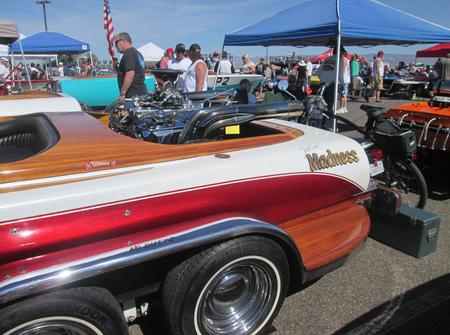 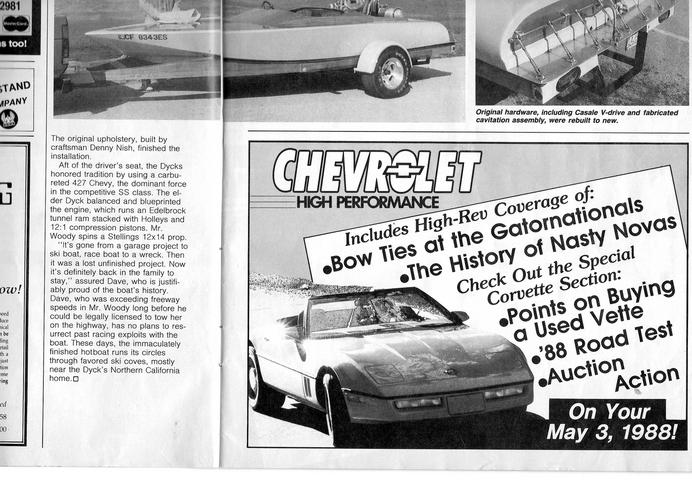 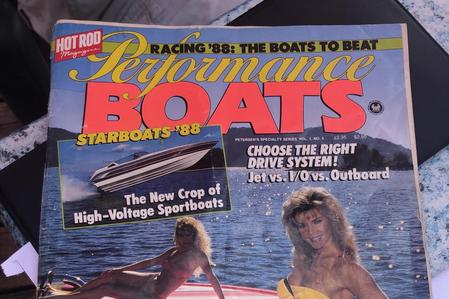 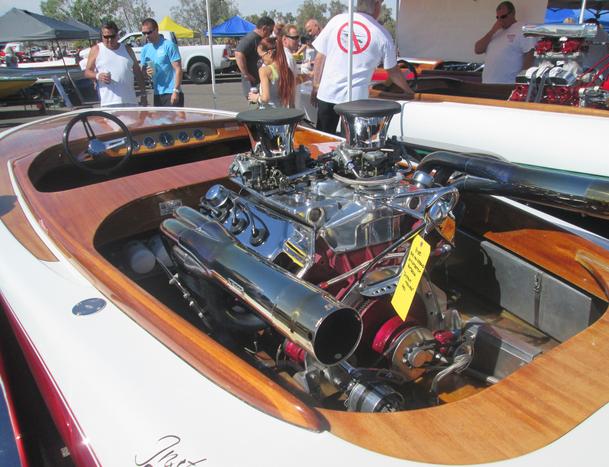 ​Bob Patterson is one of those that first started building boats for himself.  His early efforts were Cracker Boxes.  He then tried his hand at E & F Service runabouts before finally finding the SK class flat bottom v-drive.  We are all in a better place for that effort.  The SK class allowed the use of full sized auto V-8 engines with all of the goodies that went with them!  Bob is even credited with building an SK type boat before the class was formally declared.

Bob entered his SK boat in the 1962 Salton Sea 500, a 125 lap race on a four mile course.  Running with him that year were the likes of John Solifis, Tommy Ivo, Mickey Thompson, Rudy Ramos, & Gary Campbell.

We finally found a Patterson at the Needles Boat Show

on the last weekend of 2016.  This is a super example of the breed!

Thank you, Bob Von Ostrand.  We did not get a chance to meet Bob but hope

he will see this and send us an e-mail with some details of the boat's history.