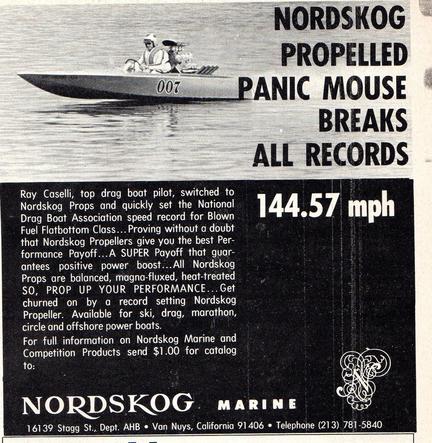 Does anyone have one of these ? 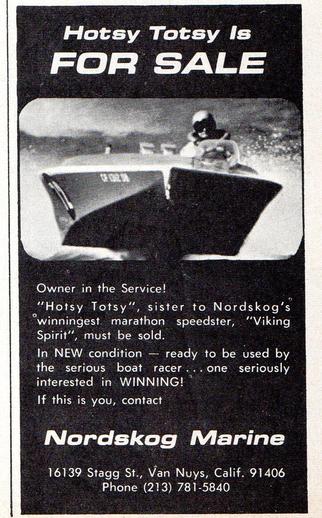 Notice the earlier (Ford, Olds, Buick) engine influence where Bob built a bell housing/plate for the BB Chevy.  Just a thing that cought our eye.

Looking for a shot of the front of the engine that shows the tandem cam mount for a water and fuel pump. 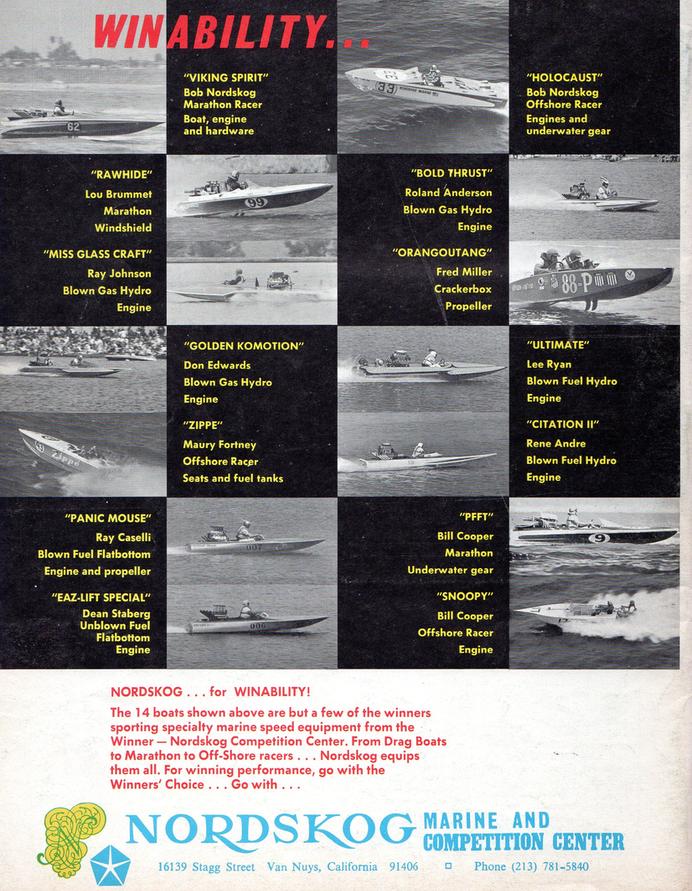 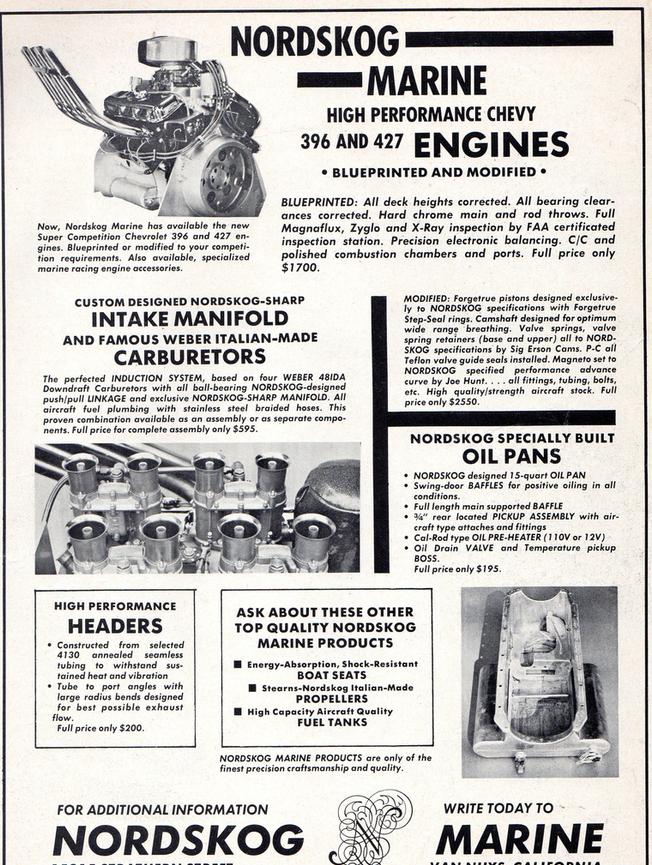 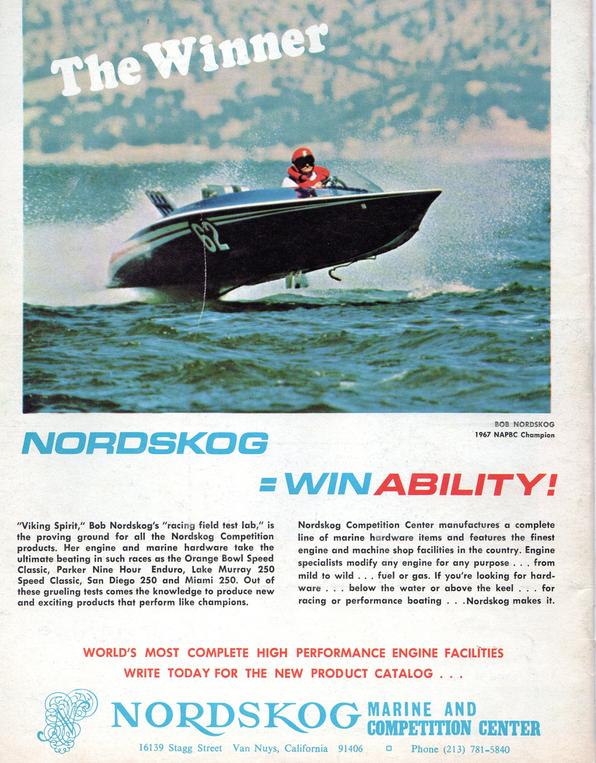 Panic Mouse set the above record with a Nordskog prop !   Small world ! ! !

​Bob Nordskog, a boat magazine publisher (Power Boat) in Southern Calif., built and raced a needle nosed hull named Viking Spirit  & Hotsy Totsy  in the mid-1960s.   In 1968, Bob was 54 years old (47 years ago), which made him one of the senior race drivers.

Bob also made engine marine conversion parts.  One was a cam drive casting that mounted both the water and fuel pumps in tandem.  He also experimented with different shapes for the trailing edge of the cavitation plates.  He called them "bat wing" plates.  The best thing he developed was his shock absorbsion seats.  Pretty cool ! 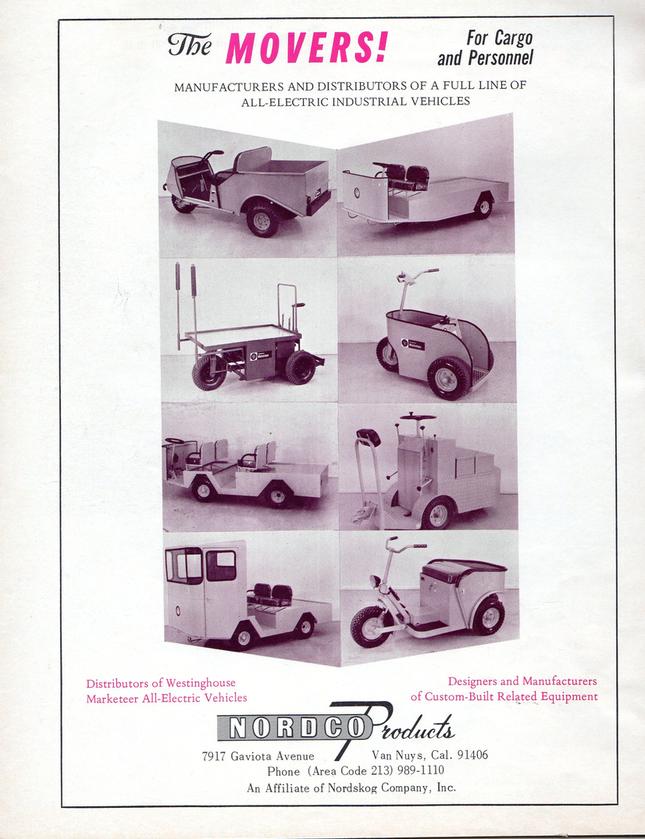