To the best of our knowlage, this was the 4th hull, of the eleven, to be pulled from Jack's mold.  We have owned this ski boat since 1983.The purple hull is a racing version of this same hull.  This particular owner had Jack cut three inches from the top of the hull before installing an all wood cap to lighten and lower the hull  It is currently under re-construction to it's original racing form. 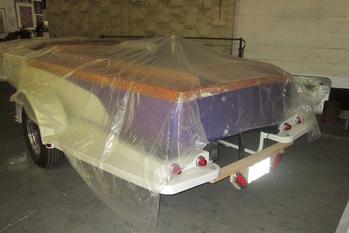 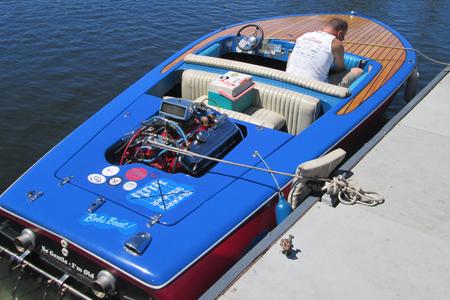 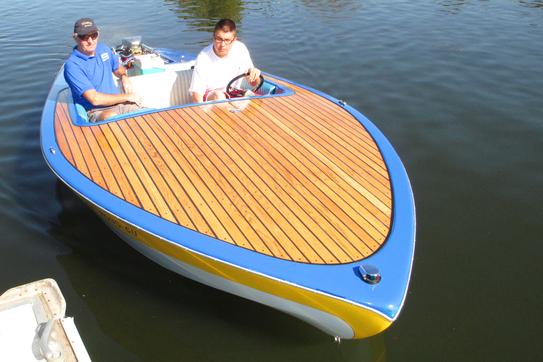 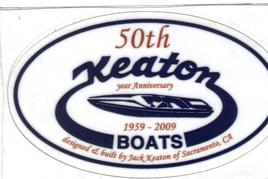 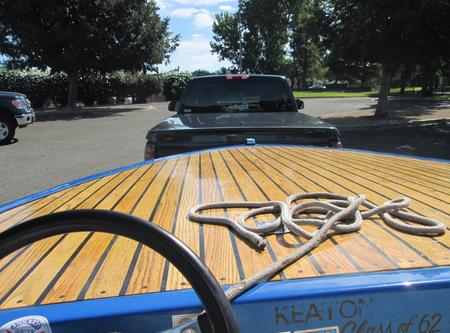 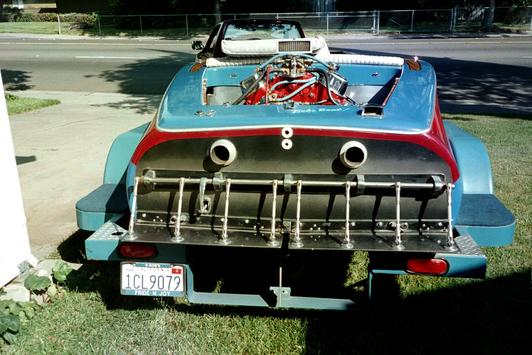 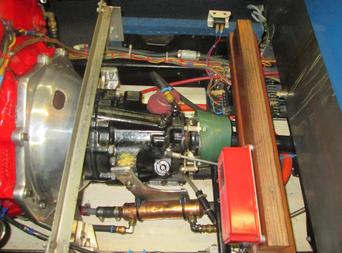 Keaton V-drive boats were built by Jack Keaton of Sacramento, CA. in the 1960s in very limited production.  Jack made primarily utility ski inboards and ski jet boats, but produced eleven v-drive hulls as a result of a request of a group of boaters from the Stockton Water Ski Club of that city.  These guys wanted to go v-drive circle racing and the "hot" hulls at that time were Rason Craft and Mandella.  A club member had a 1954 all wood 18 foot Mandella that jack used as a "plug" for a new set of molds.  Just eleven hulls were pulled from the molds before they were destroyed in a shop accident.  When two of his boats flipped during the same race at Clear lake, Jack got out of boat racing.

Jack passed away in early 2015 and he will be greatly missed.   Many of us have and still do enjoy his boats. 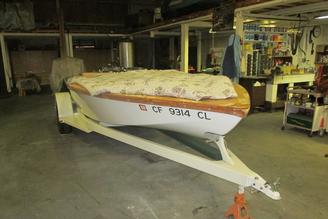 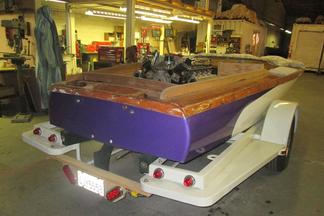 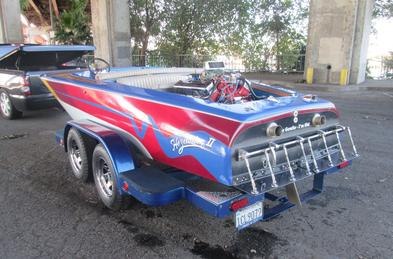