They built a Hallett design hydro named Bacala which is powered by two complete power plants and power trains mounted in tandem.   The boat was first owned by Tony Waters & the Rossi brothers.  It was built in 1963.

A SB Chevy engine, v-drive, shaft, strut, & prop.  They could not keep the two engines in close enough sincro to use the cross shaft and it was removed.  We saw the restored boat two seasons ago in the Sacramento, CA area.  Dick Griffin of Santa Barbara, CA has done a fine job of restoration. 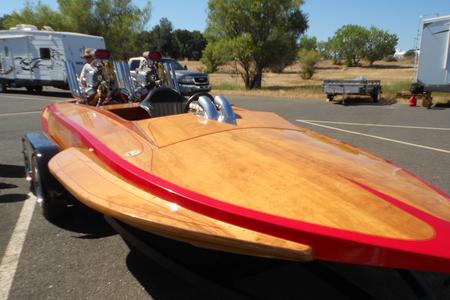 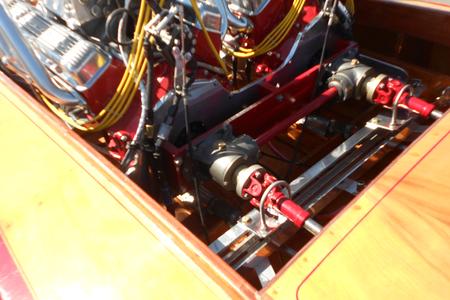 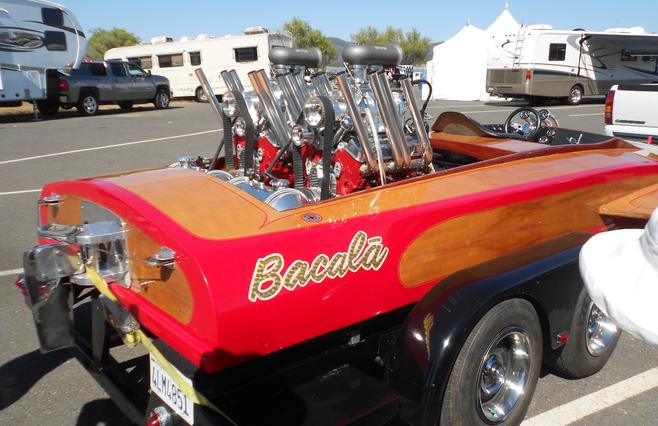 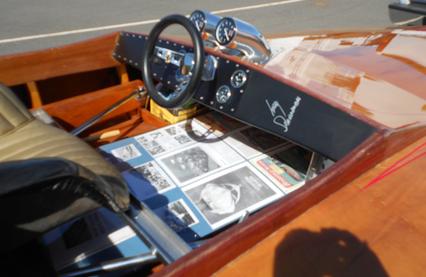 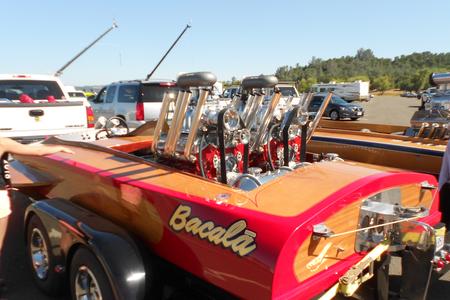 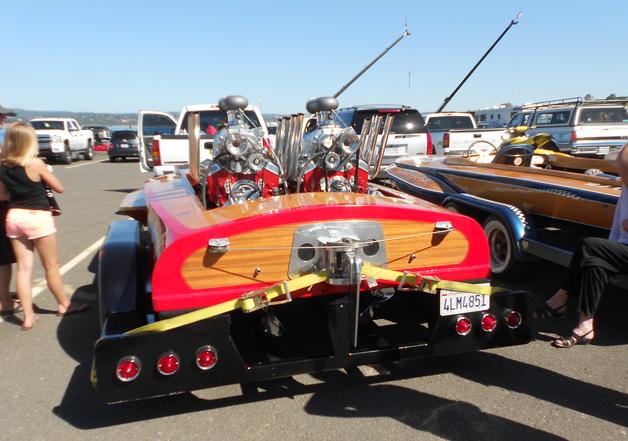