The battery box shared room for the fuel surge  tank ! 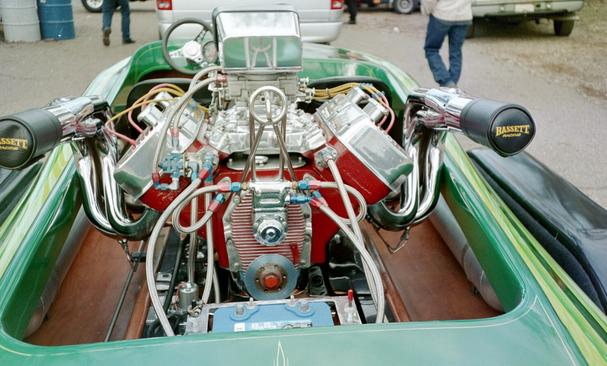 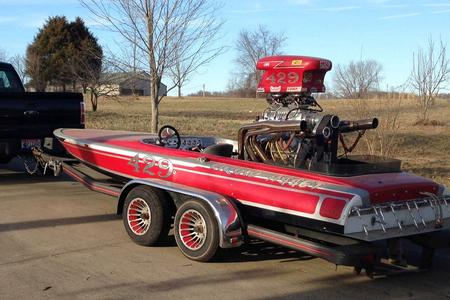 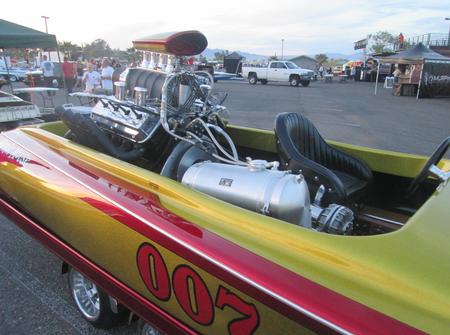 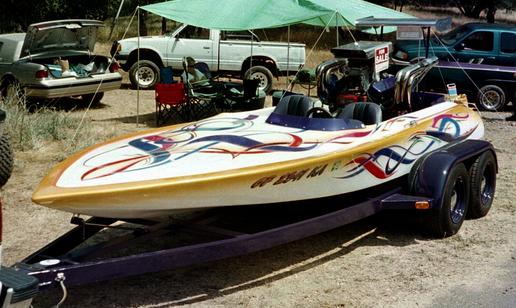 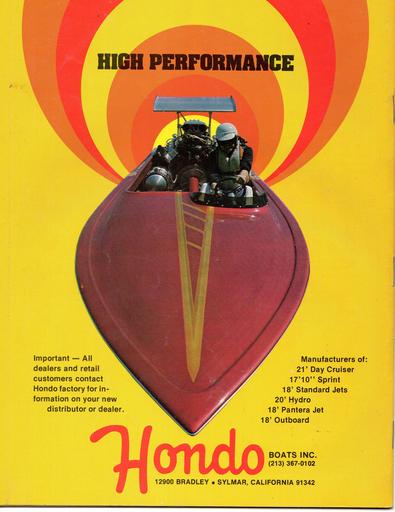 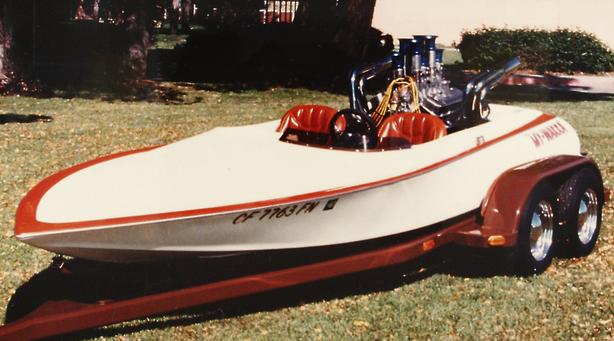 Thank you to my friend, Dennis Johnson for allowing me to post his Hondo, "My-Wakka" as an example of a 1970s  Hondo Hull. 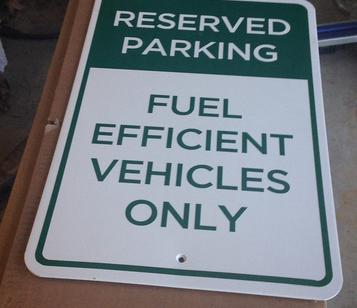 This hull company started in North Hollywood, CA in 1967.  As listed below, Dick & Rays was a Modesto, CA dealership.  An early famous Hondo race boat was #007 "Panic Mouse" which has been fully restored as original and is running today.  According to information from Don Edwards, Ray Caselli's "Panic Mouse" was a merger of two earlier boats.  Rays early boat was "Mickey Mouse" and needed more power.  Chuck Ellis of Stockton, CA transferred his Hemi from his 16 foot, Don Blevins built "Panic III" into Ray's boat which from then became "Panic Mouse".  Is not history interesting? 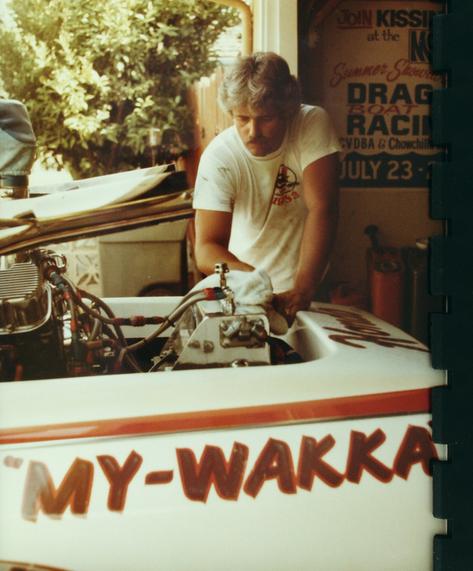 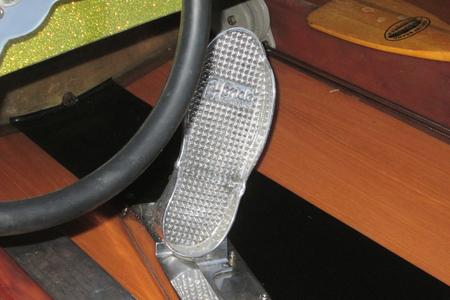 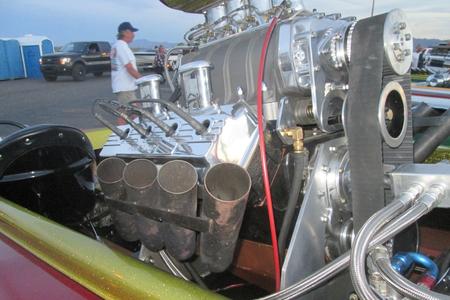 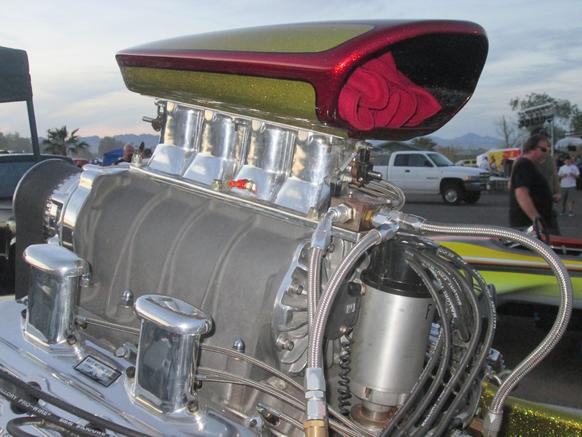 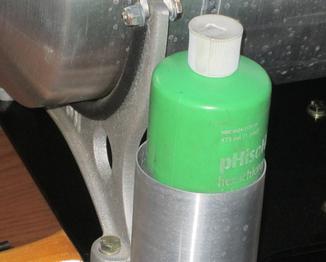 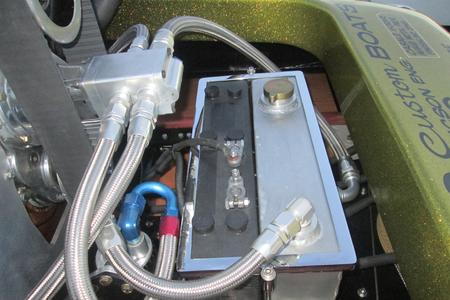 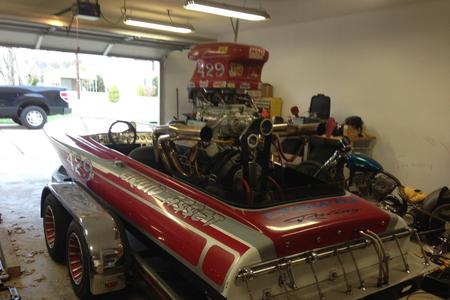 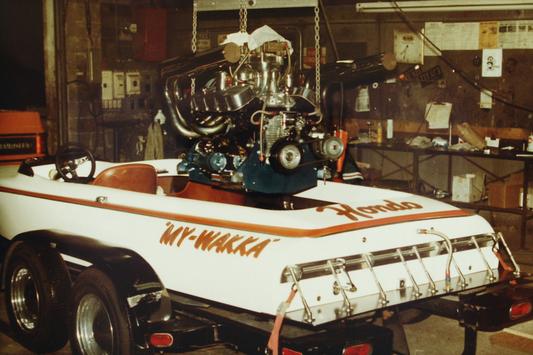 The restoration went right down to a broken gas peddle that was welded back together. 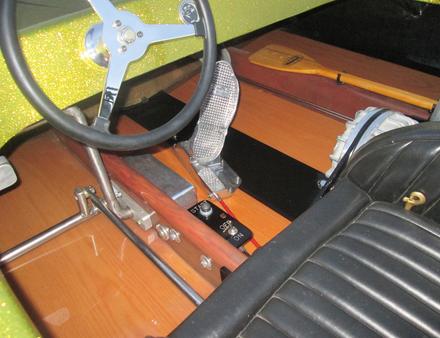 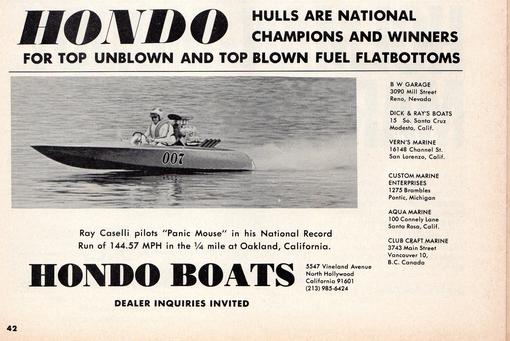 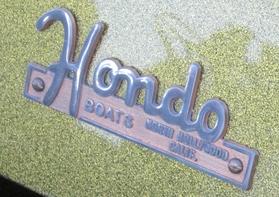 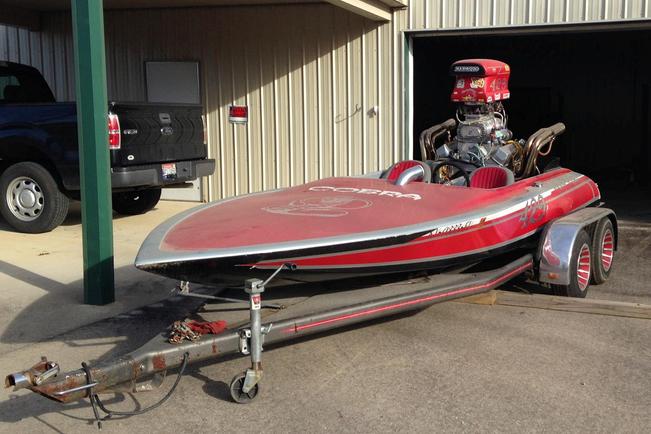 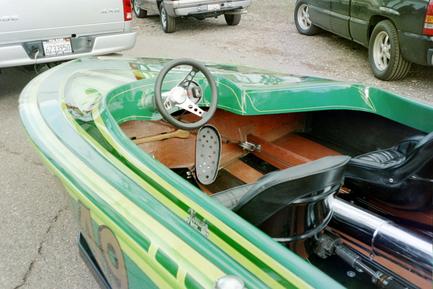 Glenn purchased the boat for the engine and says he is not really a v-drive guy, but he has bought a vest and is ready to use it, so me thinks we have another v-driver in the making.  This is assuming that he can resist the using all of that 526ci Ford VSO power which is boosted by a 871 Hampton blower.  Low and slow, Glenn until you get a feel for THAT ride.  The boat also utilizes a 2 speed automatic so someone in Kentucky (where the boat was found) has set up an awesome machine.

A "Hampton" blower.  This Calif. guy does not know that brand, so we really need and ad to put in the engine section. 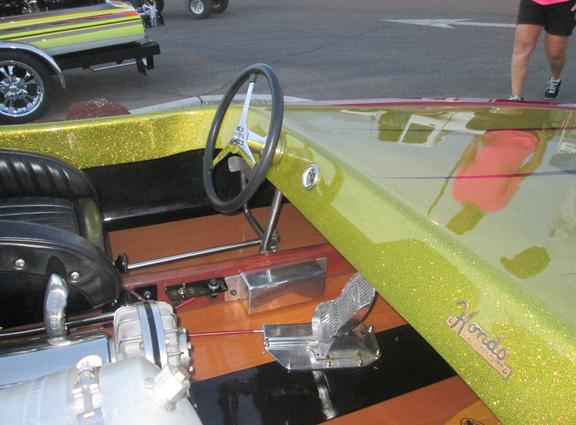 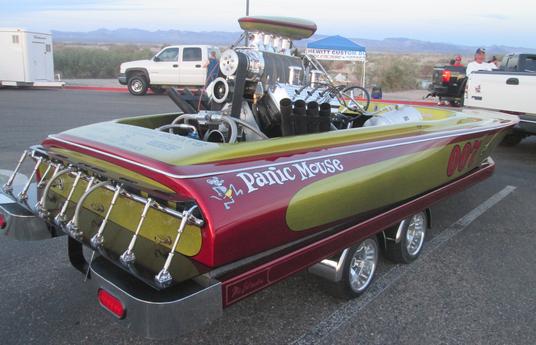 The detail of the restoration went even to the same brand of liquid soap bottle Ray used for a prime bottle. 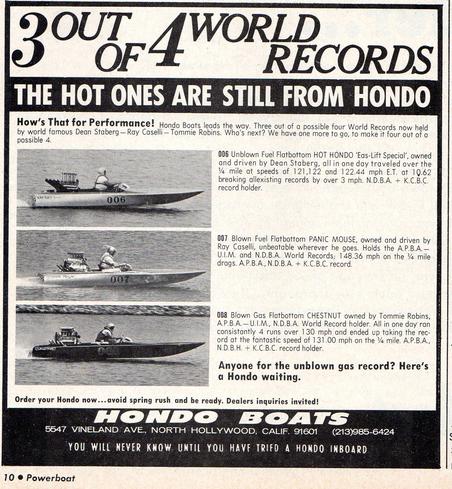 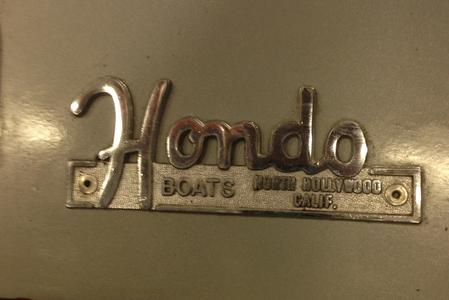 Below is an exact restoration of Ray's last "Panic Mouse"  Hondo 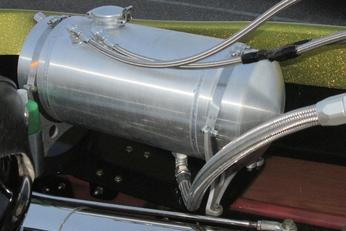 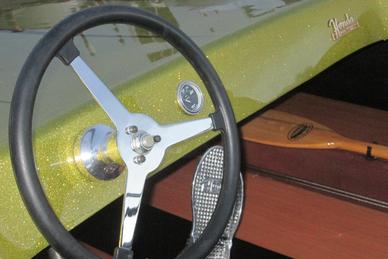