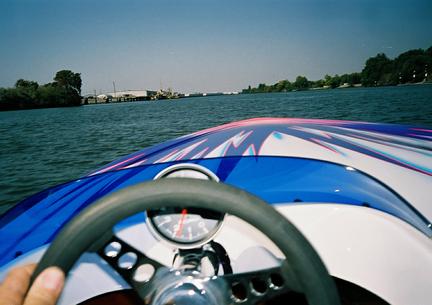 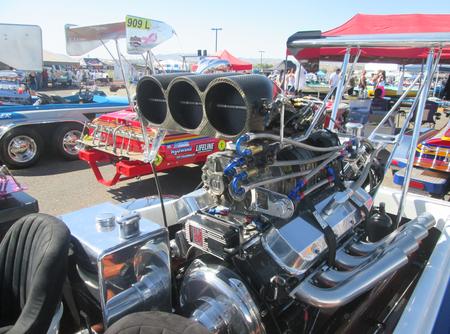 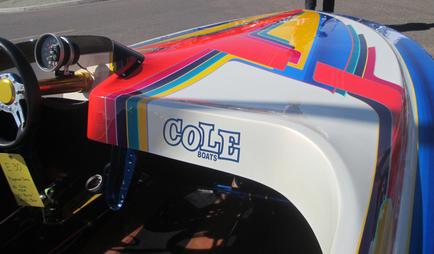 If you have any additions or corrections to this information, please send it as an e-mail attachment to: vdrivehistoryport@gmail.com 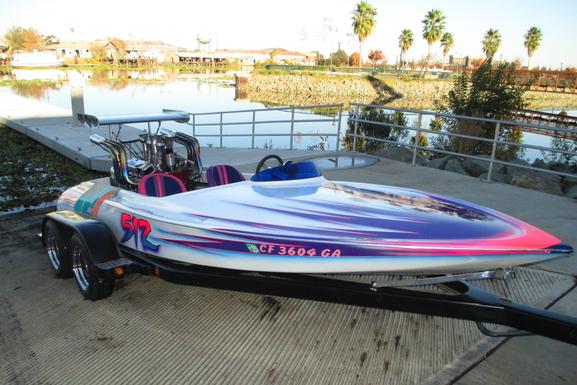 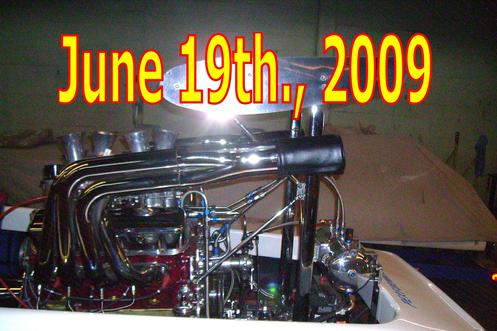 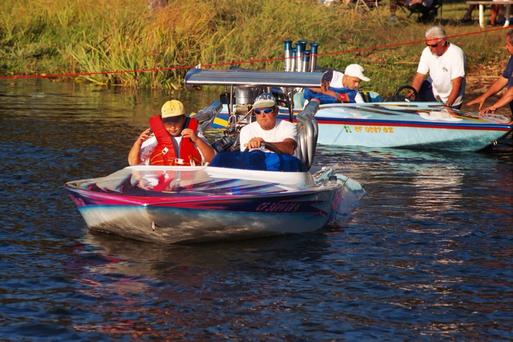 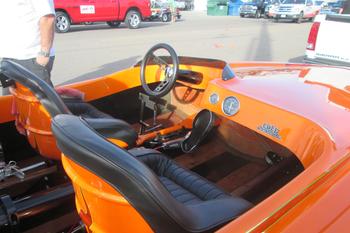 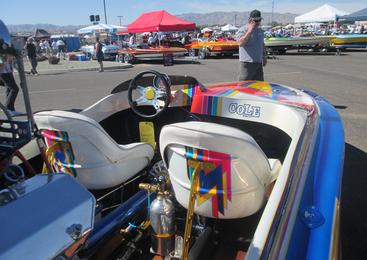 The power plant is a Walt Ott built BB Chevy internally balanced and bored out to 472 CI.  It runs the old Hunt Magneto ignition and Enderly mechanical fuel injection.  The engine was built "new school"  hyd. roller cam so that "pump" gas could be used. 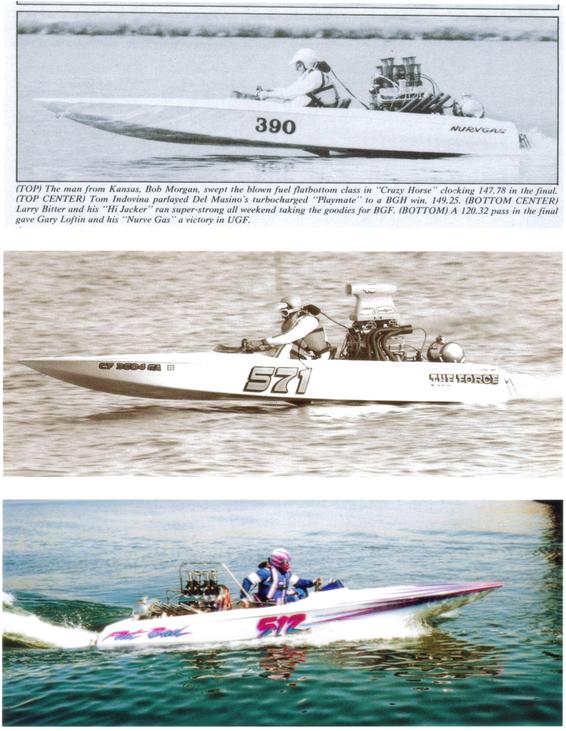 Jim Cole, is the designer and builder of the Cole hull .  Jim is credited as being the originator of the "runner bottom" hull.

In 1967 Jim was starting out as the crew chief for "Mr. ED", a Sanger hydro owned by Ed Mills.  Ed was a friend of Jack Davidson, the originator of Sanger Boats when Jack was developing the three point hydro hull.  At that time they were developing "White Mist" a flat bottom hull with a wedge which later developed into a "step".  This design work finally developed into a hull with full sponsons.  As you can see, this was a close group of originals. 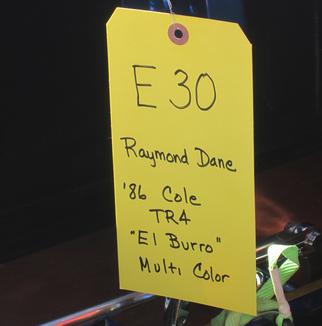 This Cole drag boat happens to be the TR2 runner bottom 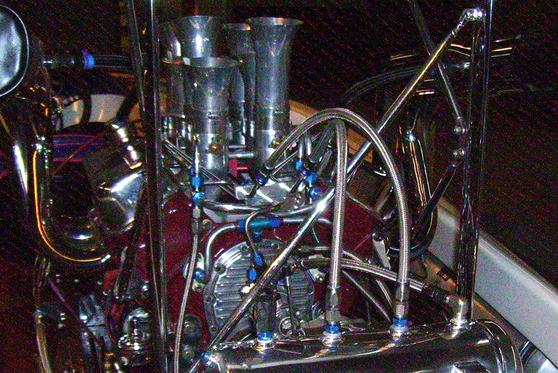 Raymond's striking TR-4  was on proud parade at the show.  This is a cool ride ! 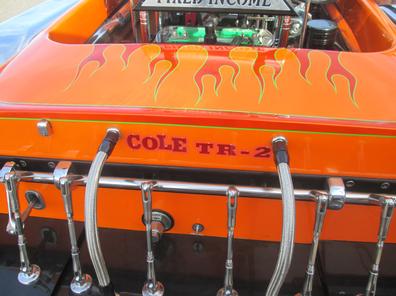 Jim Cole made and makes mostly drag race boats.  He was a prime developer of the "runner" bottom hull and has built several models of this type bottom. 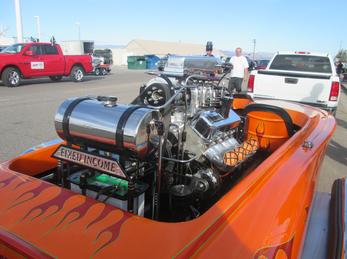